Despite all of the urban and natural beauty it has to offer,

Slovakia still remains off the beaten path for many travelers.

Here are our likes for the 10 Most Interesting Towns to See in Slovak.

St. Martin’s Cathedral and the Castle

10 Most Interesting Towns to See in Slovak 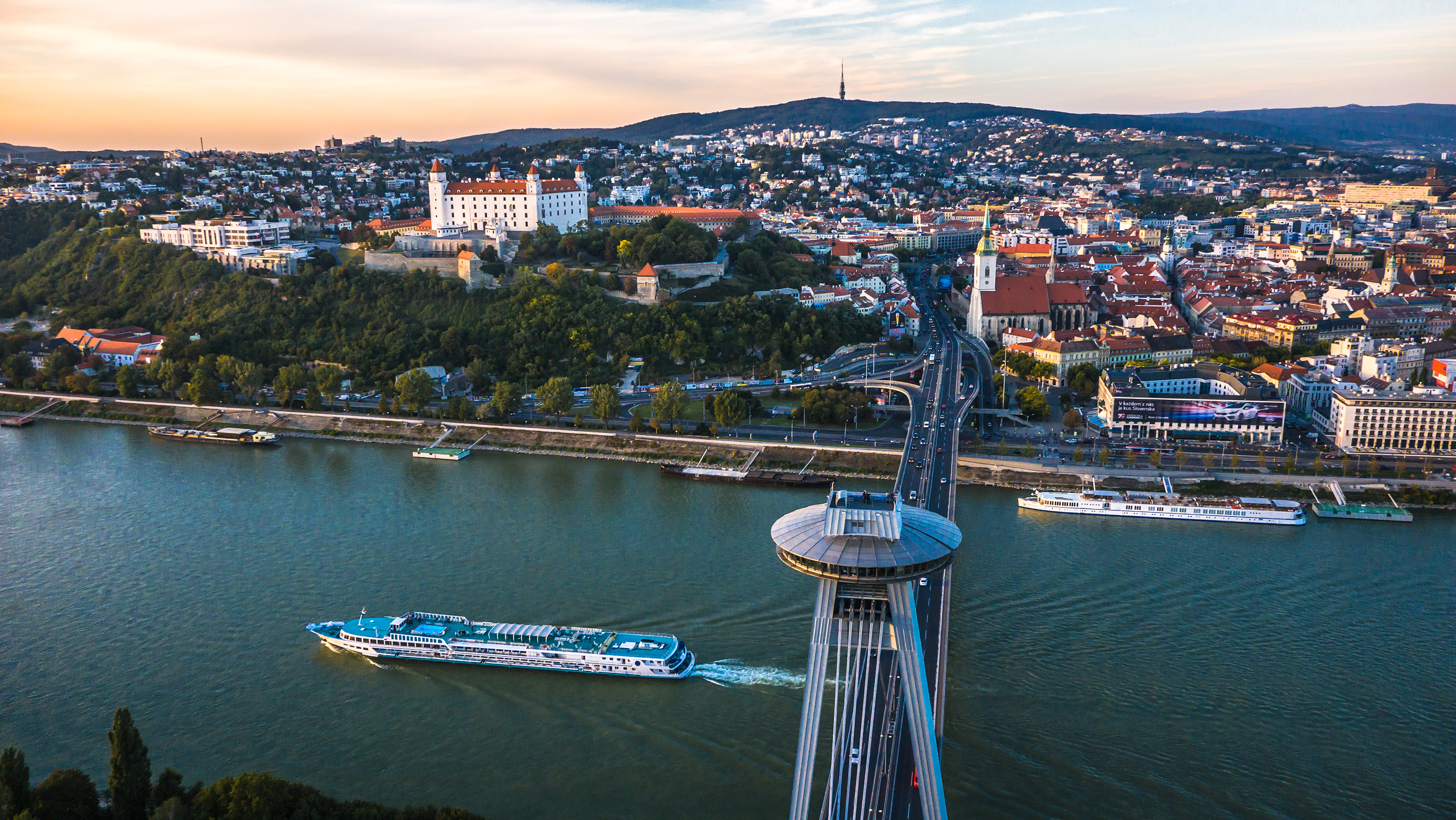 Don’t be fooled by the movie Eurotrip – Bratislava, as Slovakia’s capital city,

is the country’s cultural center.

Visitors will be immediately captivated by everything it has to offer.

As an historical home for many different nationalities, among them Slovaks,

the city’s history is a veritable tapestry of different influences and events.

They all weave together and begin to reveal themselves in the narrow,

meandering streets of the center.

Take a walk up to the striking white castle on the hill, or lose yourself in the old center.

Don’t forget to stop at one of the many brew-pubs on the way.

Located in central Slovakia in an area crisscrossed by mountain ranges,

As this was a period of great wealth for the city,

will reflect the architectural character of that time.

In more recent history, it was also the site of the Slovak National Uprising.

Here, the Slovak resistance movement launched an attempt to overthrow the Slovak

collaborationist government that was in charge at the time.

The beautiful main square in Banská Bystrica is named after the uprising. 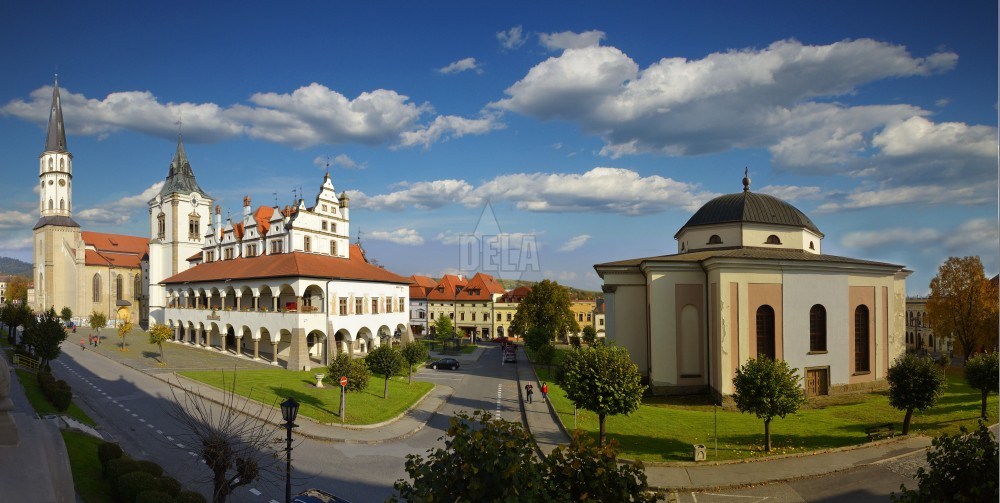 Although the town dates back to at least the 13th century,

that had once been dominant.

The town was rebuilt, then, in the Renaissance style.

Because of a number of notable constructions and how well preserved they are,

Levoča has been inscribed on the UNESCO World Heritage list.

One interesting thing to look for are the woodcarvings of Master Paul of Levoča,

an impressive example of which you can find in the Church of St. James, where he carved the altar.

Small though it may be, this eastern Slovak town is well worth a visit. 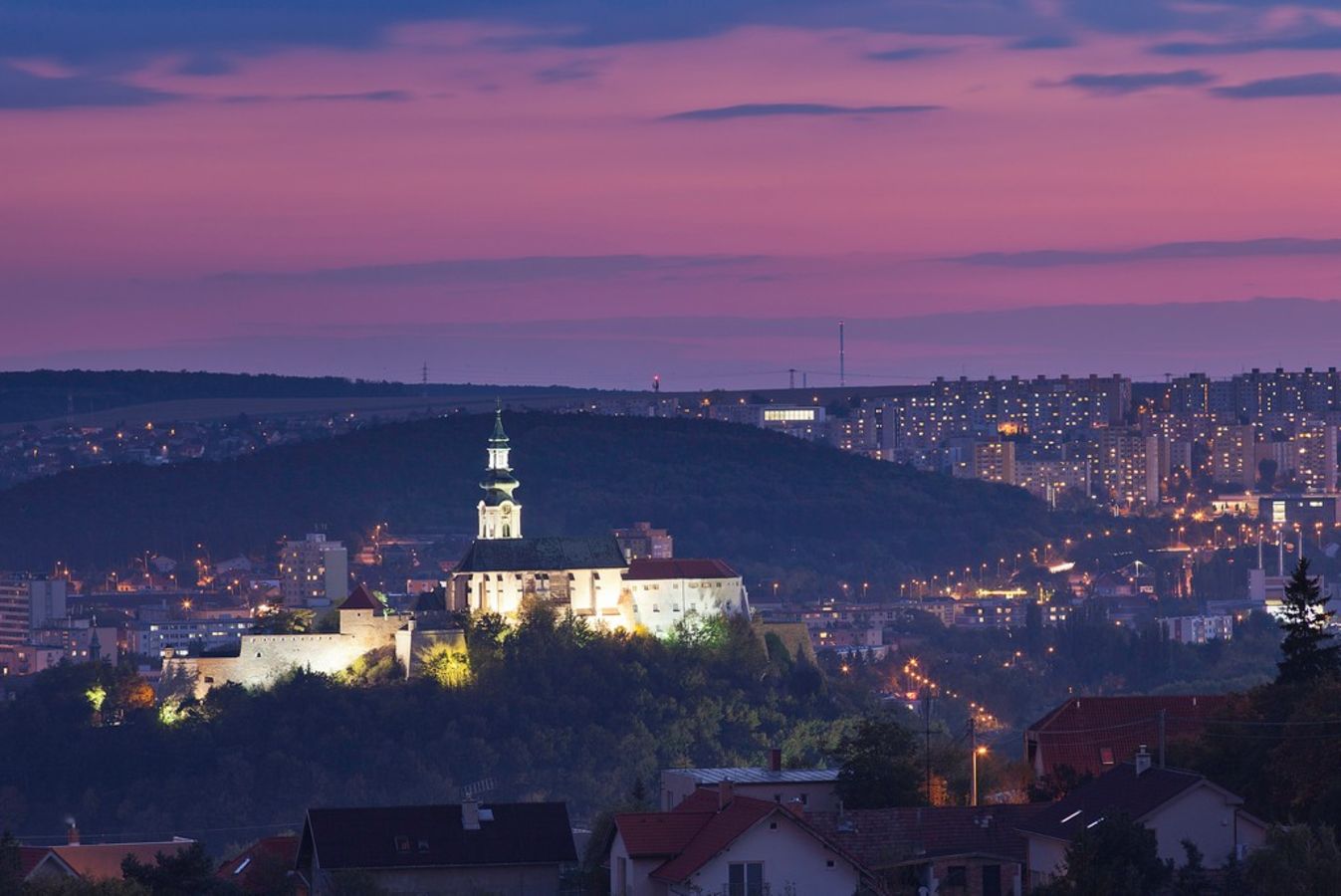 One of the oldest towns in Slovakia,

Nitra was first mentioned with a version of its current name in the ninth century,

when it became the capital of the Principality of Nitra.

This was the first known independent Slavic state in the area.

It later fell under Hungarian control and so eventually became

a part of the Austro-Hungarian Empire.

Thus, it has the same kind of ethnically diverse history of many of the cities in the region.

Even in a strong Catholic country like Slovakia, the Church is particularly strong in Nitra,

so you can expect to find a number of gorgeous religious structures.

Kežmarok lies in the shadow of the Tatra Mountains,

so there is no shortage of impressively dramatic views.

One of the original settlements there was built by a group of Carpathian Germans,

but there were also groups of Saxons, Slovaks, and Hungarians.

One of the town’s most important inhabitants was Hungarian nobleman

and warrior Imre Thokoly, whose remains have only recently been returned to his hometown.

The most well known site to visit is the entirely wooden Protestant church,

which contains a wooden organ and is also on the UNESCO World Heritage list.

The colorful church with the mountains in the background is a truly stunning sight. 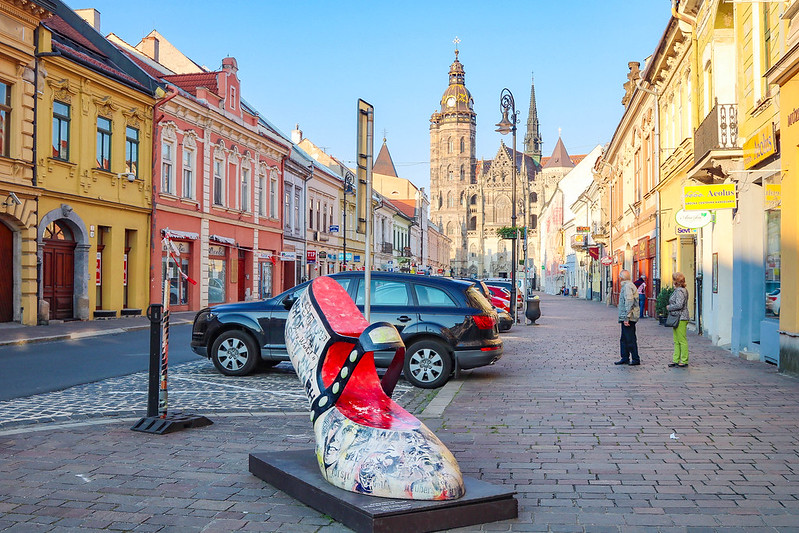 Košice is the second biggest city in Slovakia,

for a brief period at the end of WWII, before Prague had been liberated.

Even so, it has a very large historical old town area.

Most of the old town is for pedestrian traffic only,

which makes it a lovely city to explore fully on foot. Another thing helping the atmosphere, unsurprisingly, are the copious restaurants,

The main street, which opens up in the middle

and houses both the St. Elizabeth Church and the State Theatre of Košice,

is a perfect place to walk around any time of day. 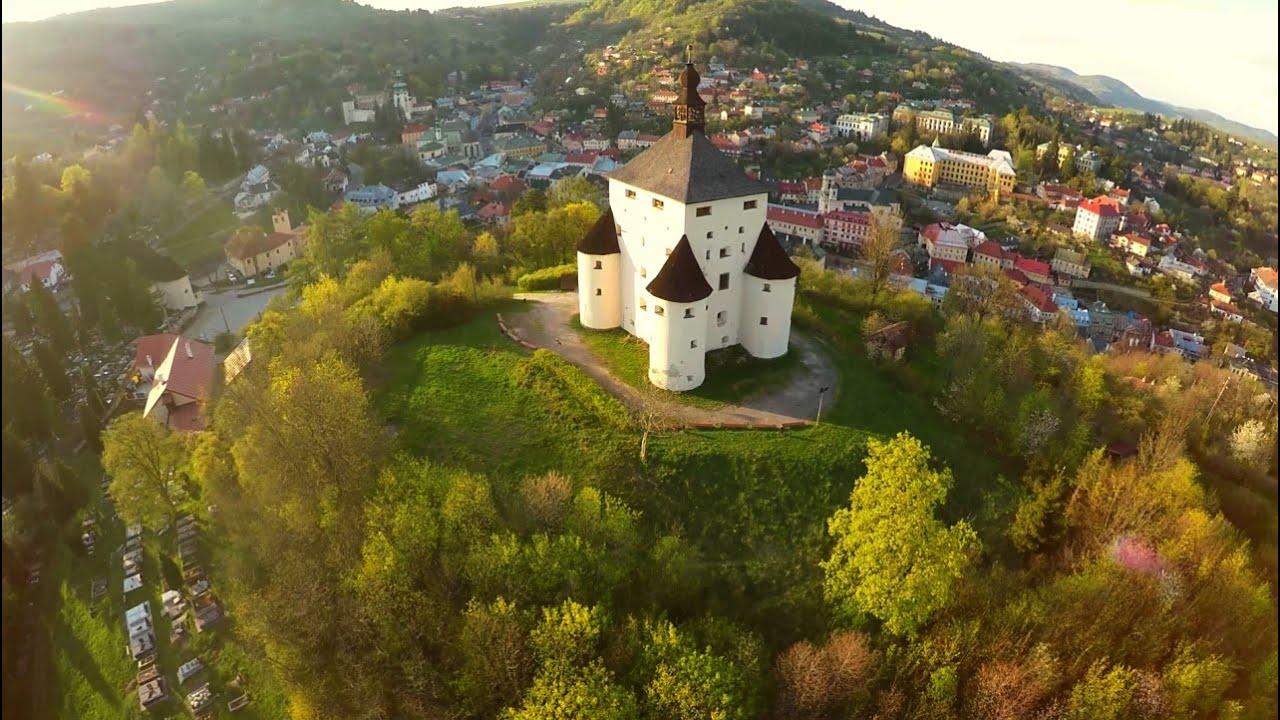 Banská Štiavnica is notable both for its geology and its architecture.

The ‘valley’ that it’s in is actually a caldera, or a collapsed ancient volcano.

that is another one of Slovakia’s UNESCO sites.

As this was once an important mining town,

one thing you can do in the city is visit the open-air mining museum.

You can walk more than a kilometer underground in a mine from the 17th century.

If you come in the warmer months, bring your swimsuit

and check out one of the many artificial reservoirs that were built to power the mining industry. 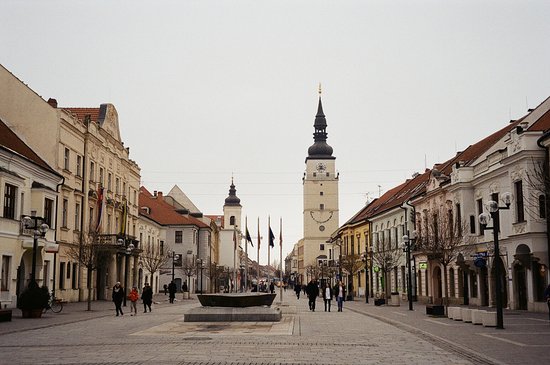 Trnava has existed since the 11th century, and soon after that it became an important meeting

point for the Czech and Hungarian kings to meet and make various agreements.

Later, it would gain importance as a religious center,

as it was one of the centers of the Counter-Reformation.

The Jesuits then opened Trnava University,

and the city became key in the growth of Slovak culture.

While the university has since been moved to Budapest and the city’s importance has diminished,

there are still a number of beautiful Gothic, Renaissance, and Baroque buildings. 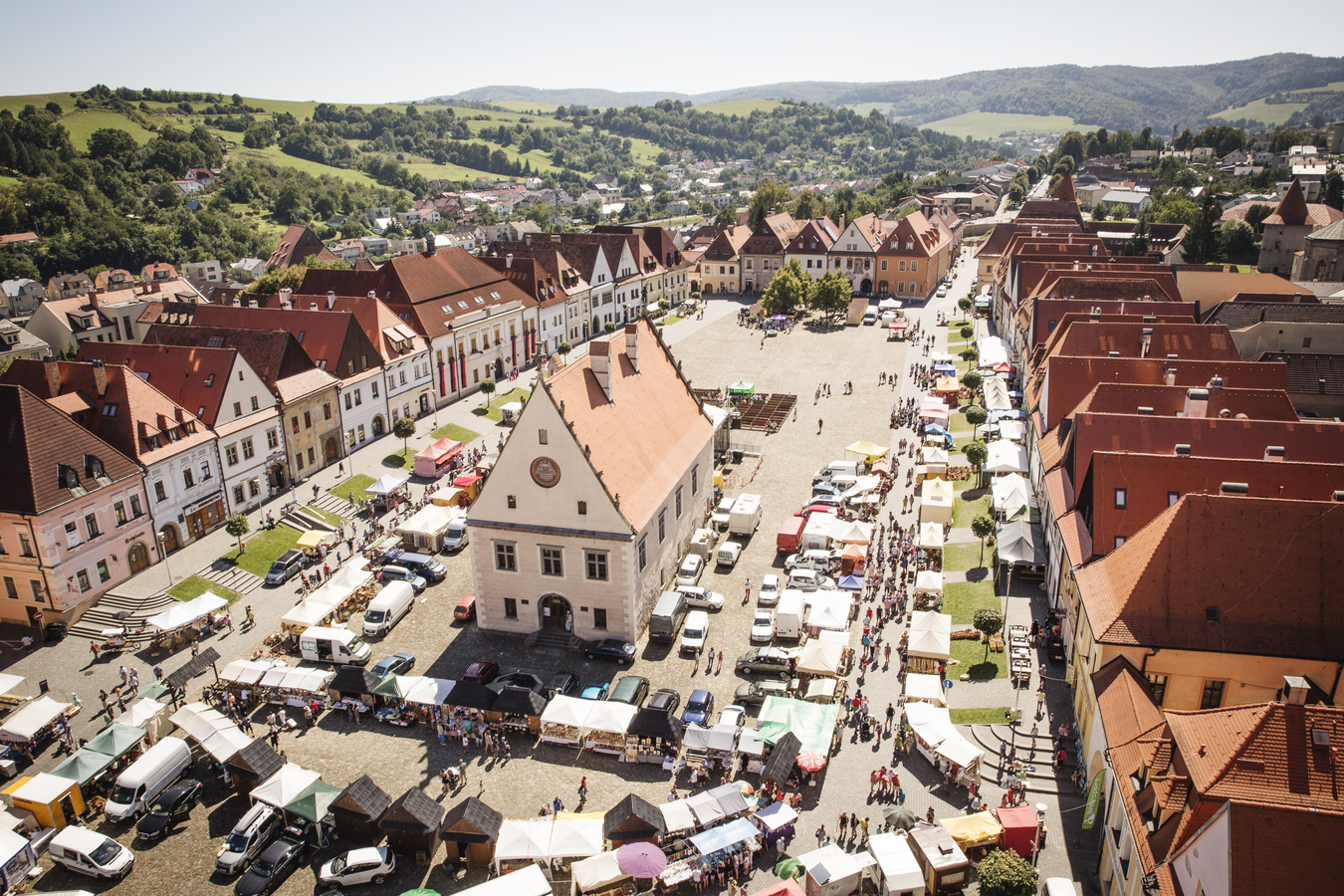 There are a surprising number of areas to check out in Bardejov,

Before WWII, Bardejov was home to a sizable Jewish community,

the history of which you can explore in the Jewish quarter.

In the last decade, the Bardejov Jewish Preservation Committee

has launched a major attempt to restore the town’s Jewish buildings.

The town center, however, is also impressive from an architectural standpoint,

with medieval, Gothic, and Renaissance buildings all finding their places here.

Don’t forget to check out Bardejovske Kupele, the spa town just a mile north of Bardejov. 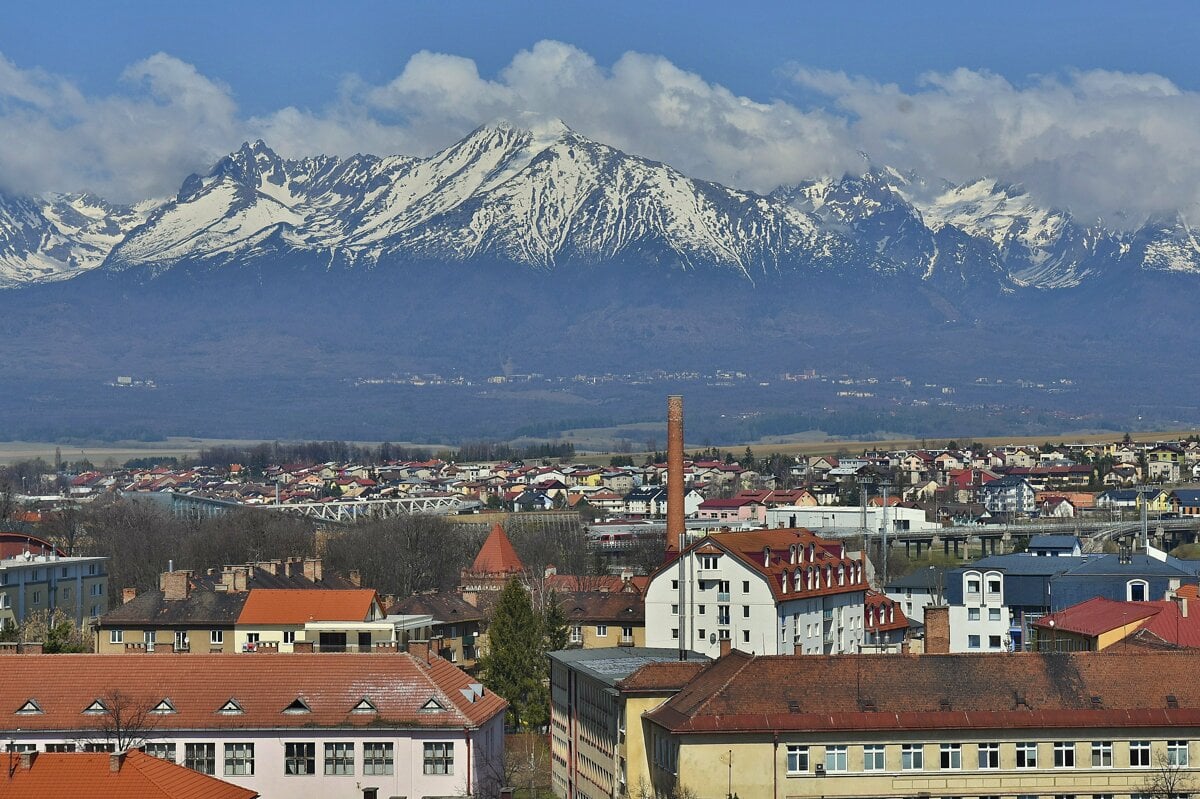 While Poprad as a town has much to offer any visitor,

it is primarily known as one of the main gateways to Slovakia’s famous High Tatra mountains.

Streams of people come through Poprad in summer

and winter to take advantage of the city’s proximity to the mountains,

which are worth visiting at any time of the year for skiing or hiking.

However, the town itself has a charming historical center full of colorful buildings

that date mostly to the 18th and 19th centuries.

Fittingly, Poprad really comes into its beauty in the winter when it’s covered in snow,

complete with the snowy Tatras in the background… Read also, Maldive’s Best Destinations

Since you already have your sight on Slovakia, check out this other articles on Esupreme Search…