Temaki in the Bowl :

Increasingly popular, poke is a Hawaiian raw fish recipe. It seems that it was originally created for fishermen to serve the fish they had fished as fresh as possible.

It is a healthy, light and easy-to-prepare dish, usually served in a bowl or pot. Today, it is very much appreciated here in Brazil especially by lovers of Japanese food (as it takes many ingredients used in this cuisine, such as salmon or raw tuna, Gohan rice, among others).

Some even call the poke “temaki in the bowl”.

Raw diced fish, the recipe is very simple to make, versatile and healthy

While there are some more traditional recipes, the secret to making a good poke today is actually using creativity and assembling the dish with your favorite ingredients. Get inspired with delicious versions: 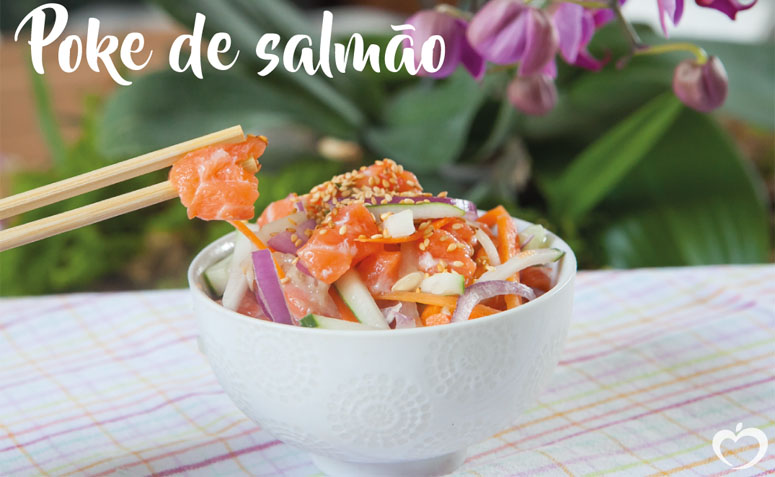 Good choice for a low carb diet as this poke only takes fish and vegetables! An important guideline is, when buying salmon, ask to remove all skin, fat and pimples. This makes it much easier to cut into cubes at the time of preparation. And of course, it is very important to choose fresh fish! 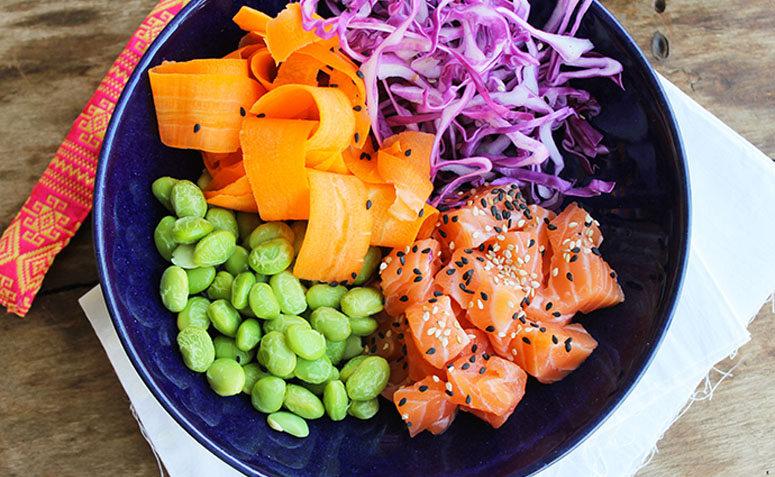 Recipe that shows that it’s not just the ingredients that make a good poke… The sauce used also makes a difference! To do so, you will use sesame oil and soy sauce (shoyu), but you can also spice it up with wasabi, grated ginger and lemon juice.

See also 7 Best Ways On How to Well Season Fish 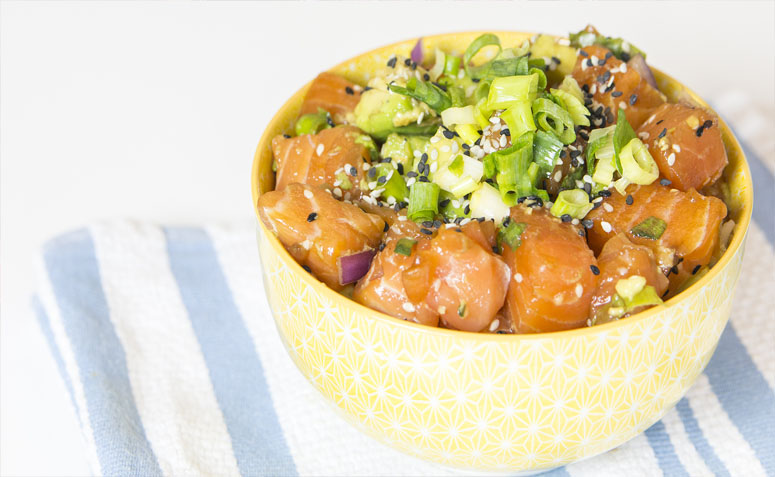 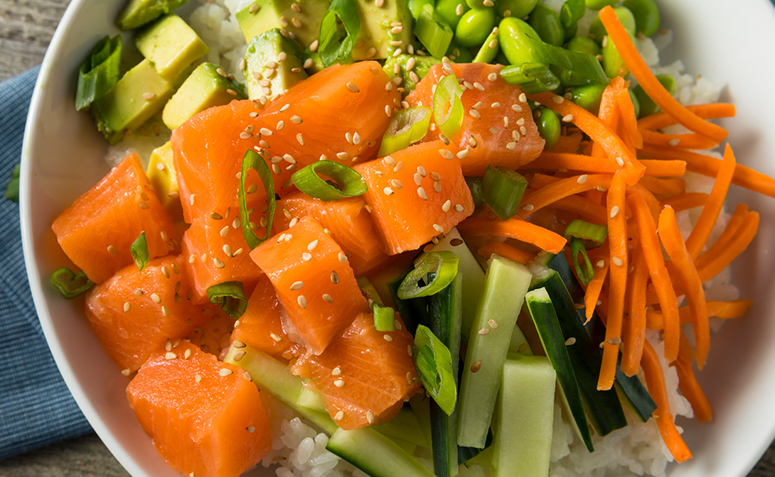 5). Salmon Poke with a Pinch of Pepper 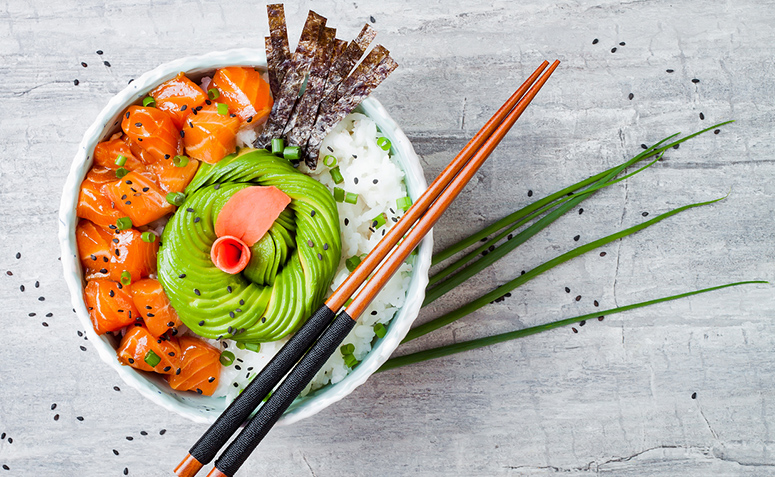 A basic version that, in addition to salmon and avocado, is made with Japanese rice (the one used in sushi), among other ingredients that give a lot of flavor! Chopped fresh coriander is used for garnish, but if you don’t like it, you can remove it without damaging the recipe’s final result! 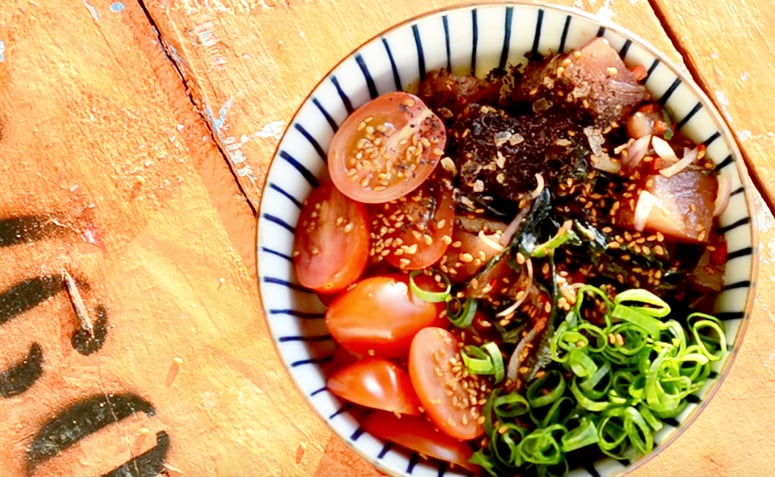 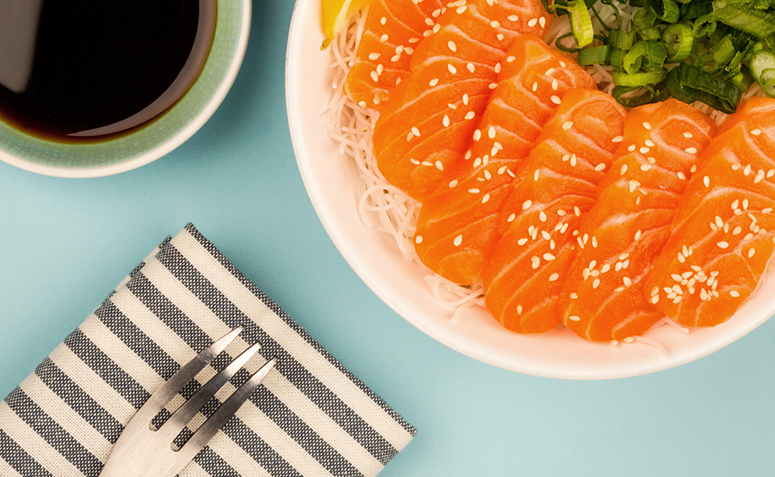 The preparation has no secrets, but this poke gets the special touch of rice noodles (bifum) and pea-pie. The result is a light, complete and refreshing meal. 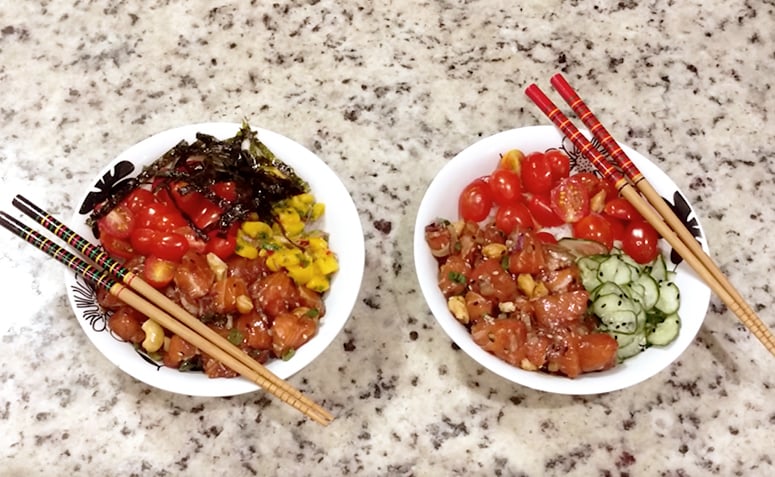 A light, fast and delicious dish. For the mango salad, you will use only the fruit, black pepper, red onion, parsley and lemon. Japanese rice is used for poke mounting. And to follow, the tip is also to serve the sunomono. 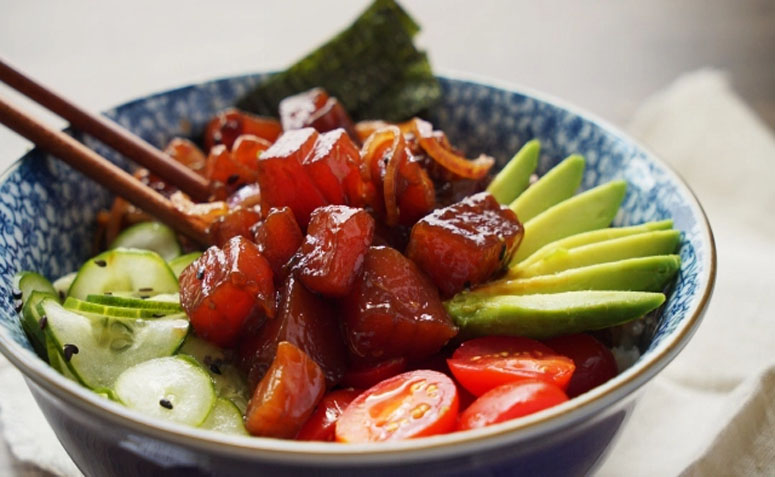 Poke made with diced raw tuna. In addition to this, you’ll need Japanese rice, avocado, tomatoes to decorate and sunomono to serve together! Ideal for a light and flavorful meal. 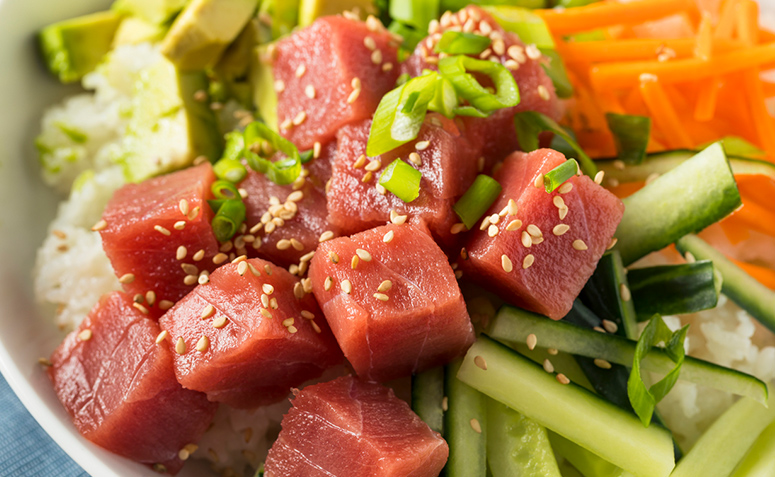 A very traditional version in Hawaii. It is made with tuna, sesame oil, hijiki seaweed, macadamia nuts, chopped chives, Hawaiian salt, seasoned Japanese rice and pepperoni. The measures are in the recipe, but the quantities of the ingredients can also be placed according to the taste of each person. 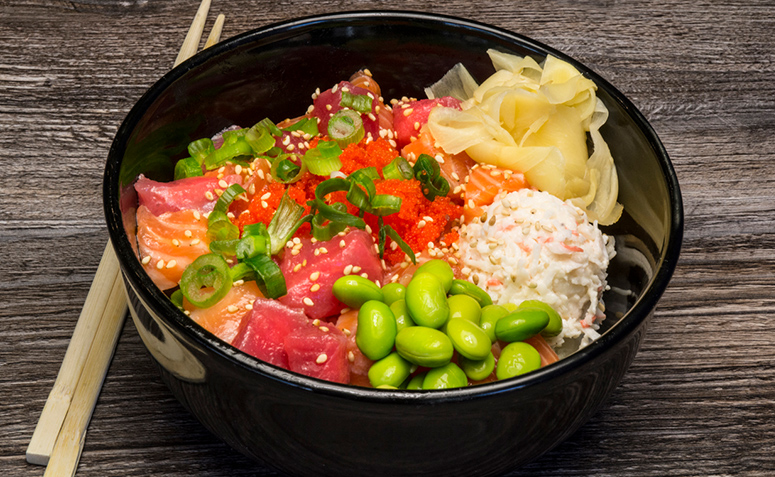 Good tip especially for lovers of Japanese cuisine, although the recipe is Hawaiian: now you know that poke is easier to make than sushi, it’s usually healthier and just as tasty!

Written by Tais Romanelli
Seen Temaki in the Bowl and excited about it? Check out this other articles on Esupreme Search and be filled…